The Other Dimension of Theatre

The Social Opera House is the first fully virtual opera theatre ever made: it doesn’t have a physical location, it only and solely exists online.
Seemingly, The Streaming Theatre is the first entirely virtual prose theatre in the world.

It is said that theatre (from the Greek verb “theáomai”, “to watch”) only exists insofar as someone watches and someone is watched. In practice, theatre is the connection between the public and the actor.
Likewise, Internet and the new technologies offer each one of us a continuous connection. Nowadays we are all always connected and co-present in a virtual place, where the enlarged and global Web community can meet whenever and wherever.

The Challenge: Theatre in Another Reality

We asked ourselves: does theatre really only exist when an actor and his audience physically meet in the same place? Couldn’t we take this ancient form of entertainment to a new stage? Couldn’t we make a 2.0 version, in a constant exchange between the two realities the contemporary man lives in, the physical and the virtual one?

After all, as Cechov used to say...

"We need new forms of expression. We need new forms, and if we can't have them we had better have nothing." Therefore: may the curtains open to this new quest! How will the theatre of the future be? Will it still be called "theatre"? Or will it be a new genre, capable of merging writing, music, dance, figurative arts, cinema, but also science, technology, physical, augmented and virtual realities?

New technologies, particularly the Web, are often used as a marketing resource to promote personal activities, but rarely they serve as a medium for artistic creation.
Scenography and 3D virtual theatrical architectures, live streaming public, capable of influencing the actor in front of them with its presence and its reactions, crowdsourcing, Wiki technology and 2.0 Web applied to the writing process and to direction, seriality applied to the theatrical narration… All these are only few of the methods which we could use in search for innovative forms of a renewed level of interaction between the actor and the public.

We believe that the new opera reality shouldn’t only go through a renovation of its form, but also of its repertory. This is why each project we make or host will be categorically original and specifically thought-out for this genre, something still to explore.

Not necessarily. Undoubtedly these new operas will reflect and analyse modern and contemporary society, with a particular eye on consequences that technological progress has on all of us. Having said that, even a revisited classical piece is welcome to our project. What matters is that the subject or the means narration reflect the connection between the contemporary man and new technologies.


If you want to know more about the phylosophy of our theatre, download our "Handbook of instructions for a proper use of The Social Opera House and The Streaming Theatre".

The Banker, the first opera series ever realized, will launch our research project in the field of opera theatre and will lead the way for many other future projects.

THE BANKER
Web Opera Series
An original project by Alberto Cara and Stefano Simone Pintor
made and produced with the support of Retropalco srl.

A Community of Artists

The Social Opera House, together with its twin theatre, The Streaming Theatre, is a productions container for innovative artists from all over the world. Anyone can submit his/her project, whatever genre it may be (provided that it should be original and never performed before).
Our staff of Art Directors will act as moderator to verify whether the project is in line with our artistic research to ensure a constant high quality season.

Take a look at some of the projects that are receiving funding on our Crowdfunding Network by Produzioni dal Basso.

Why Crowdfunding for Theatre

Once approved, the project can access to the fundraising through our crowdfunding platform. This way not only the artist will be able to obtain the necessary funds to make his/her own opera, but also each viewer will feel responsible to give a contribution through a free donation. This means that anyone can access the opera programme freely, but it also implies that if you get passionate enough about one of them, you will surely make your offer, ensuring that the opera will be completed. Additionally, crowdfunding is the perfect why to maintain that kind of proactivity that the theatrical audience naturally has: in fact, through its funding, the public itself, and not our staff of Art Directors, will establish what opera should be inserted in the season of our theatre and thus choose what to see. And this will contribute to make our theatre a free and democratic space!

Stefano Simone Pintor graduated in History of Theatre at the University of Turin and in Stage Direction at the School of Dramatic Arts "Paolo Grassi" in Milan. As of 2005 he started his career as a playwright and director for prose theatre and opera. From 2008 he has been assistant director on several opera productions, alongside directors such as L. Ronconi, F. Micheli, D. Michieletto, L. Pelly, D. McVicar and R. Carsen and working in many prestigious theatres as the Teatro alla Scala in Milan, the NCPA in Beijing, the Bolshoi in Moscow and the Bunka Kaikan in Tokyo. As a stage director of dramas, he produced numerous plays, including "Commedia all'improvviso" (staged at the Academy of Theatrical Arts in Krakow), "Via Giona, 78" (staged at the Teatro Litta of Milan) and "Santa la Terra", winner of the Best Drama and Best Performance prizes at 2011 Lodi di Pace Contest. In 2014 he was recommended for the high quality of his prose works by the International Stage Direction Festival "Fantasio Piccoli". As an opera director, in 2011 he won the 2° prize of the international competition "Camerata Nuova – European Opera Stage Directing Prize", thanks to which in 2012 he could stage "The Magic Flute" by W.A. Mozart for the As.Li.Co. project Opera Domani. Due to its huge success, the production has been recently acquired by the Royal Opera House of Muscat where it will be restaged every year. In 2014 he staged an "Aida" by G. Verdi, again for As.Li.Co., and a successful "Orpheus and Eurydice" by C. W. Gluck at the 39° Cantiere Internazionale d'Arte of Montepulciano. Stefano Simone Pintor is also active in the literary field: In January 2011 he released his first book, "Il teatro degli zoppi", a theatrical essay published by Ananke of Turin. while in December 2015 one of its poetries will be published in the 5th volume of the "Enciclopedia di poesia contemporanea" by Fondazione Mario Luzi Editore. Please, visit: www.stefanosimonepintor.com stefanosimonepintor.com 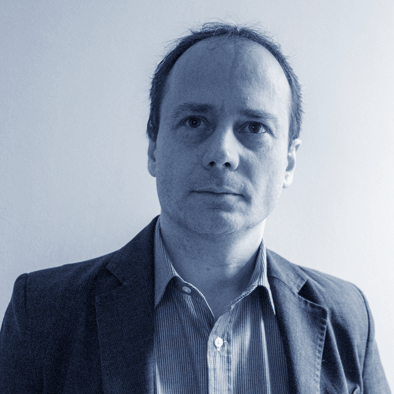 Luca Ceretta obtained a diploma in bassoon in 1990 at the N. Paganini Conservatory in Genoa. He continued studying bassoon at Scuola di Alto Perfezionamento Musicale of Saluzzo under the guidance of Master Vernizi and Master Costantini.
He collaborated as bassoonist with the Teatro Alla Scala Orchestra of Milan, Rai of Turin, the Teatro Regio of Turin, Carlo Felice of Genoa, Haydn in Bolzano, and the Teatro Comunale of Treviso.
Since 1996 he is the First Bassoon at Milan’s Orchestra I Pomeriggi Musicali. He also started a parallel path to the one of musician organizing and promoting musical events since 2004, with particular attention to the contemporary Italian music, founding Sconfinarte Musical Editions, which counts in its catalogue approximately 200 composers and 900 titles.

Paolo Mandelli, born in Brescia in 1969, studied in his native town obtaining a diploma in oboe with highest honors, as well as finishing scientific A level.
As First Oboe he collaborated with the most important national orchestras, being directed by Riccardo Chailly, Riccardo Muti, George Pretre, Sir Neville Marriner and Carlo Maria Giulini. As a solo artist he took part to many concerts with Brescia and Bergamo’s Orchestra del Festival Pianistico Internazionale, I Solisti Veneti and the Orchestra Giovanile Italiana. Since 2000 he is First Oboe at Milan’s Orchestra I Pomeriggi Musicali.
At the same time, since 2004 he started as event manager creating a cultural association, and afterwards managing the Italian Philharmonic Orchestra until the opening of Società Retropalco Srl and in 2014 AllOpera Srl.
In the last years his intense work, which spans from organization to show business services supply, from artistic consultancy to orchestra tour managing, lead him to severely reduce his engagement to Orchestra I Pomeriggi Musicali, ultimately quitting in 2014 to fully commit to the development of his projects.

Davide Montorio is the Senior Seveloper at SkipsoLabs where he leads the development of the contest and crowdsourcing applications. He has been passionate about web technologies since his high-school years and has gained significant experience working as a web developer for one of Italy's largest media groups. Davide has a degree in Computer Science and a Master's Degree in Sound Engineering and Design from Politecnico di Milano - Italy. Davide is also a bass player, he toured Italy and Europe with his past band. Now, he's completely involved in developing the Skipso's crowdsourcing platform. He lives in Milan but he is always happy to move around the world. Linkedin Profile

Michele Cataneo (aka Sushidub) is a young web designer from Novara (Italy) and works in Milan for a major broadcasting company as graphic designer. Sushidub-designer.com is his personal website, where you can find all information regarding his work, his projects and his contacts details. He is always open to now collaborations, as long as they are original and fun. He loves music, cinema, fantasy books and in his spare time he likes to practice as DJ, creating several podcasts with his mixes. Moreover he has great interpersonal abilities, flexibility and adaptability to any kind of working environment related to his professional area. He has good organizational skills to meet set goals and he’s meticulous and careful about the needs of the client. He loves teamwork which allows for a constant confrontation but also enrichment with knowledge and competences, which may span from web-oriented projects to press creation but also passion for audio and video editing (Audition, iMovie, FinalCut…) His motto is: “I only know one obligation: TO CREATE”. sushidub-designer.com

Alberto Allegretti graduated with honors in stage design at the Academy of Fine Arts of Brera.
During his academic career he took part in several projects, along with other students, as set and costume designer. Among these: "Sound Music", a semi-staged performance of "A Midsummer Night's Dream" by F. Mendelssohn Bartoldy, conceived and directed by F.Micheli; "Tosca" directed by F. Santambrogio, production of the Teatro Sociale di Como within the Pocket Opera project; "Cosi fan tutte", directed by S. Collazuol, an other production of the Teatro Sociale di Como always within the Pocket Opera project.
In recent years he began working as a propman following big lyric opera productions directed by directors such as A. Swan, F. Grazzini, G. Vick and S.S. Pintor. 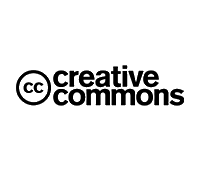 Do you want to know more or give us advices on The Social Opera House and The Streaming Theatre? Would you like to work with us?
Are you an artist and would you like to submit your project to be included in the programme?
Send us an email at
info@socialoperahouse.org.

Subscribe to our newsletter and stay updated on our programme and our projects!